Due to the high energy density, lithium-air batteries have become very popular.  One of the most important components of a lithium-air battery system is the air diffusion electrode. The properties of an air electrode directly determine the performance of the entire battery system. The significant components of the air electrode, which are critical for its properties, include the surface area, porosity, thickness, catalysts, conductivity, and polarity for various organic electrolytes.  Among these factors, catalysts for oxygen electrochemical reduction enhance the discharge properties of the lithium-air battery and reduce over-voltage during the discharge. Thereby improving the energy and power densities. 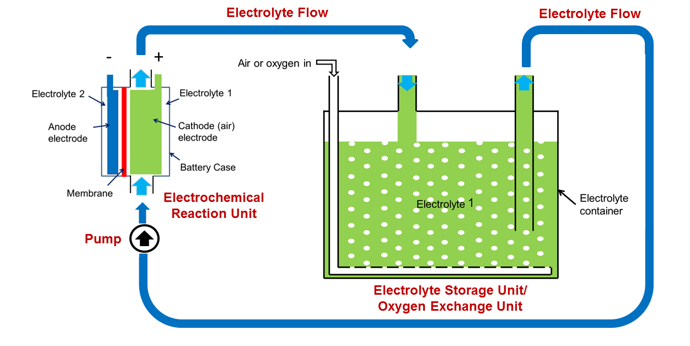