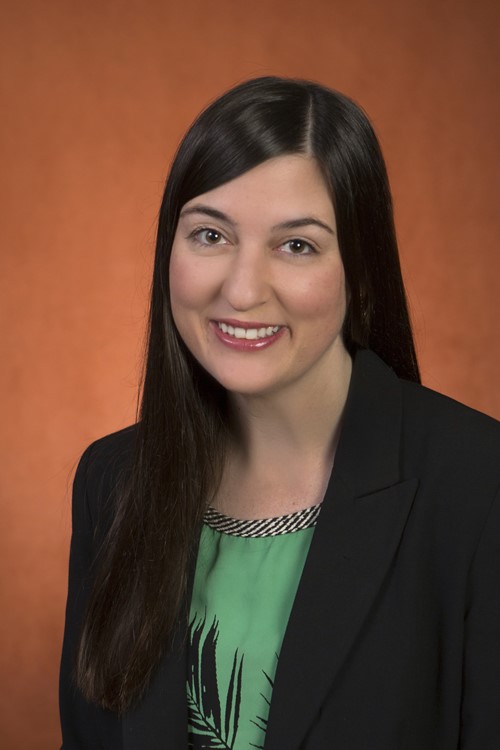 Rachel supports strategic research advancement at FSU by collaborating with institutional leadership to identify FSU research priorities (strengths and opportunities). Additionally, in ORD, she works primarily with early-career faculty, providing valuable resources to help faculty with individualized research development strategy. Rachel helps faculty across all career-levels navigate research services and contacts across campus and through external partnerships.  She works with colleagues from state-wide and national research development associations and agencies to develop resources and best practices to assist FSU researchers. Rachel earned a doctoral degree from the University of South Florida, a master’s degree at the University of North Carolina in Chapel Hill, and her Bachelors of Arts at Florida State University, in Communication Sciences and Disorders.  Rachel also worked clinically as a speech-language pathologist for eleven years, providing rehabilitation and educational resources to individuals with aphasia, a language disorder acquired after a stroke or brain injury. She continues to support aphasia research. Rachel has a passion for laying a foundation for sustainable research growth at FSU.

These individuals have completed training from the Center for Improved Mentor Experiences in Research (CIMER) to provide the evidence-based Entering Mentoring curriculum. 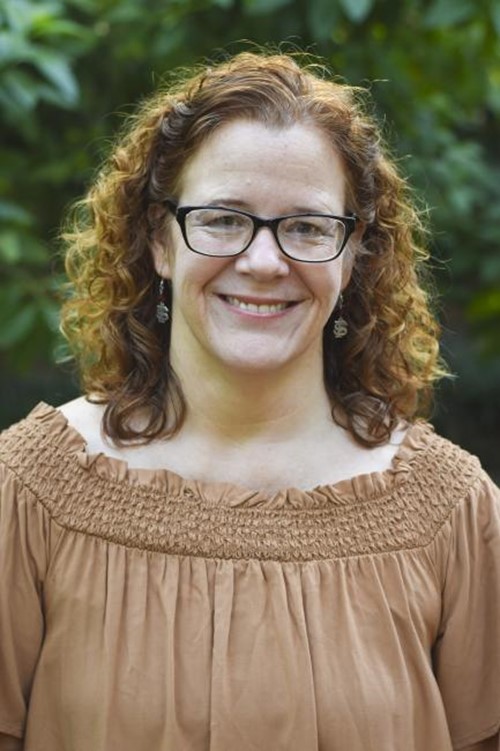 Peggy Wright-Cleveland, Director of Faculty Development in the Office of Faculty Development and Advancement.
For the last 14 years, Peggy has been involved in creating and leading faculty development at FSU. Her work has varied from a focus on external awards exclusively to a focus on wholistic faculty career development. She facilitates FSU's NCFDD membership, hosts writing sessions and accountability groups, supports faculty application for awards and fellowships, and serves as a liaison between faculty and administration concerning career development needs. She is a trained facilitator in the FSU Research Mentor Academy.
Peggy is an American Literature scholar, specializing in literature between the World Wars, particularly Hemingway. Her research focuses on presentation of race by white writers, developing a methodology for interrogating constructions of white supremacy imbedded in literature and identifying ways authors challenge constructions of whiteness. Additionally, Peggy was a Fulbright Scholar to Côte d'Ivoire in 2015-16 where her research broadened and she began a digital project focused on translating Bernard Binlin Dadié's poetry into English. This is a crowd-sourced, open-access project which Peggy is continually decolonizing. Her time in Côte d'Ivoire expanded Peggy's understanding of racial constructs to include the influences of colonialism. Peggy's latest invigorating conversation with her Hemingway scholar peers is about the importance of reading Hemingway in light of American racial history: The Dangerous Summer. She teaches as an adjunct for Women, Gender, and Sexuality Studies or English whenever possible. 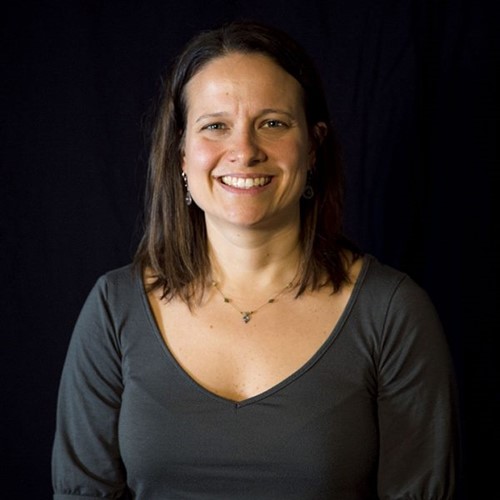 Dr. Roxanne Hughes is the Director of the Center for Integrating Research and Learning (CIRL) at the National High Magnetic Field Laboratory (MagLab). She is also a member of the Florida State University President’s Council on Diversity, Equity and Inclusion. She brings a breadth of experience in science teaching, social justice and informal science education to her position. Her research interests include programs and policies that attempt to increase the number of women and people of color in science, technology, engineering, and mathematics fields by changing the climate within these fields. In her research, she focuses on STEM identity (one’s belief that they fit the perception of a scientist and can be successful in their chosen field). Mentoring is one of the key interventions for improving the experiences of marginalized populations in STEM. Dr. Hughes is a trained facilitator with the Center for Improvement of Mentored Experiences in Research. Her research has been presented at national conferences and in international journals. She has been a part of the panel discussion of the American Association of University Women’s Solving the Equation report (2015) and recently the SciGirls national program’s redesign of their strategies for engaging girls in STEM (2020). In addition to her work at the MagLab she serves on multiple boards and advisory commissions, including: the American Physical Society’s Forum on Outreach and Engaging the Public, the FSU National Coalition Building Institute, and the MacArthur Foundation’s 100&Change Review panel. 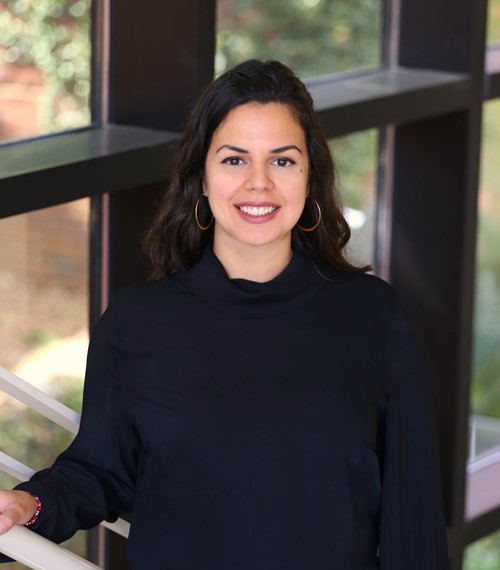 Dr. Lara Perez-Felkner (Ph.D., University of Chicago) is an Associate Professor of Higher Education and Sociology at Florida State University. She is also an Affiliate of the Hope Center for College, Community, and Justice and Senior Research Associate with FSU’s Center for Postsecondary Success. Her research uses developmental and sociological perspectives to examine how social contexts influence college and career outcomes. She focuses on the mechanisms that shape entry into and persistence in institutions and fields in which students have traditionally been underrepresented. This work investigates racial-ethnic, gender, and socioeconomic disparities in postsecondary pathways to educational attainment and scientific careers. Dr. Perez-Felkner has edited journal special issues on STEM equity. Additional published work appears in journals including: About Campus, Developmental Psychology, Journal of Higher Education, and Teachers’ College Record. She has been supported by external funders including the National Science Foundation and the Spencer Foundation. Her research has been covered in news outlets including local National Public Radio affiliates, the Conversation, Diverse Issues in Higher Education, and U.S. News and World Report. She is currently a Student Experience Research Network (SERN) Mid-Career Fellow and a National Science Foundation Quantitative Critical Methodologies Scholar. Dr. Perez-Felkner is a CIMER-trained facilitator on research mentorship. At FSU, she received Transformation through Teaching Award, Graduate Faculty Mentor Award, Hardee Center Supervisor/Mentor Award, and College of Education Graduate Teaching Award. She is on the APLU ASPIRE Institutional Change team and been active in the Latinx Faculty/Staff Collective, and the President’s Council for Diversity and Inclusion. 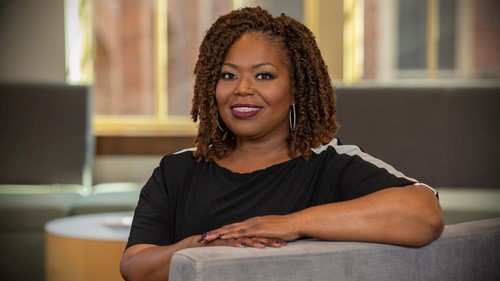 Adrienne P. Stephenson serves as Assistant Dean in The Graduate School and Director of the Office of Graduate Fellowships and Awards. In this role, she provides ongoing professional development and early career preparedness for graduate students through fellowship advising. Dr. Stephenson also serves as the McKnight Doctoral Fellowship Program Liaison and previously served as the FAMU Feeder Program Liaison. She plays a critical role in advocating for the overall success of all students with a particular interest in graduate education for those from underrepresented minority groups. She is passionate about mentoring, coaching and challenging the next generation of leaders.

Prior to her current appointment, Dr. Stephenson served as STEM Center Director at Tallahassee Community College (TCC) where she managed the NSF FAMU-TCC Bridges to the Baccalaureate in the Biomedical Sciences, Florida Georgia Louis Stokes Alliance for Minority Participation (FGLSAMP) and NSF STEM Star Scholars Programs. She also served as a Science Specialist/STEM Coordinator at the Florida Department of Education for several years in the Bureau of Curriculum and Instruction and the Bureau of School Improvement. 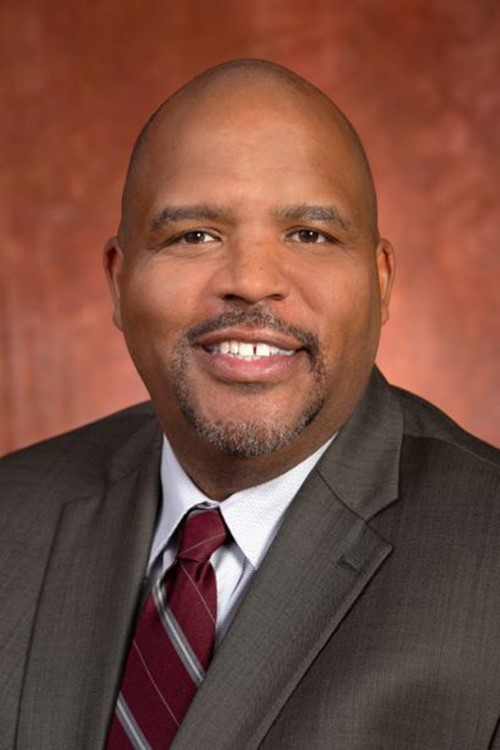 Previously, Dr. Terry had served as an Assistant Vice President for Extended Programs in Academic Affairs at Clayton State University. In that role, he was responsible for the oversight of the University's Continuing Education Program, Study Abroad, Academic and Community Engagement Partnerships, Dual Enrollment and a host of other responsibilities within Academic Outreach. His current interests include community and higher education partnerships, management in higher education with an emphasis on faculty and student development through community-based, applied learning, STEM program development, study abroad program development and continuing education.

Terry has worked in the field of higher education for over 10 years. In addition to his service in the office of Academic Affairs at Clayton State University, he served as an assistant dean, an engineering faculty member, coordinator for several outreach programs, leader for student success initiatives, transfer program coordinator, and academic mentor to underrepresented minority programs. Additionally, he has served as a faculty senator, a member of several Science, Technology, Engineering and Mathematics (STEM) grant advisory boards, and as a Principal Investigator of a Georgia Board of Regents sponsored grant. Prior to 2006, Terry worked as an engineer in well-known industries while continuing his education toward a terminal degree in Mechanical Engineering.

Terry holds a Doctorate in Higher Education Management from the University of Georgia's Institute of Higher Education, both Bachelor and Master of Science Degrees in Mechanical Engineering from Southern Illinois University and left Northwestern PhD-ABD in the same discipline. 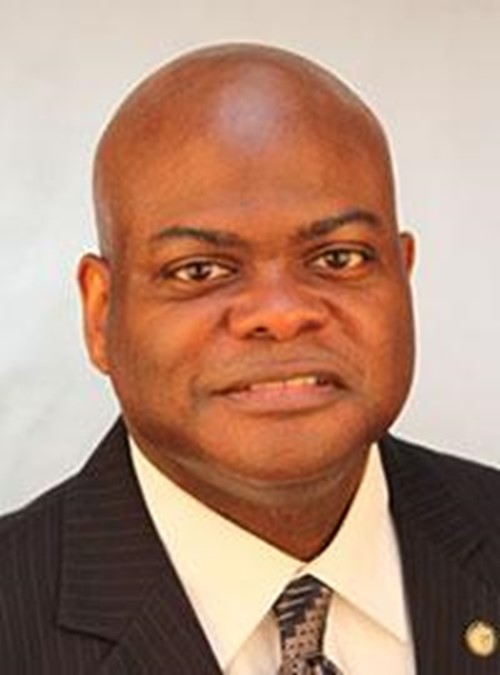 Mark Weatherspoon is Professor of Electrical & Computer Engineering and Associate Dean for Faculty Affairs & Academic Innovation. He has been named a fellow in the inaugural cohort of the IAspire Leadership Academy. The academy is a leadership program aimed at helping STEM faculty from underrepresented backgrounds ascend to leadership roles at colleges and universities. The program, which is part of the Aspire Alliance’s Institutional Change Initiative (IChange), helps address the national need to broaden diversity and increase inclusion in STEM fields and higher education leadership.

These individuals have completed the entire curriculum within the FSU Research Mentor Academy. They have also received additional training on mentor training facilitation or conduct research or hold interest specific to the area of research mentoring. 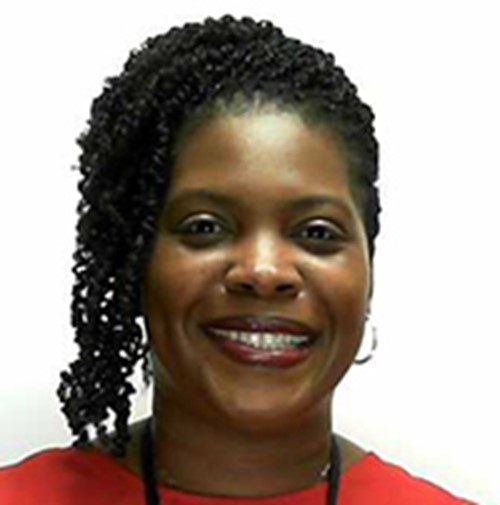 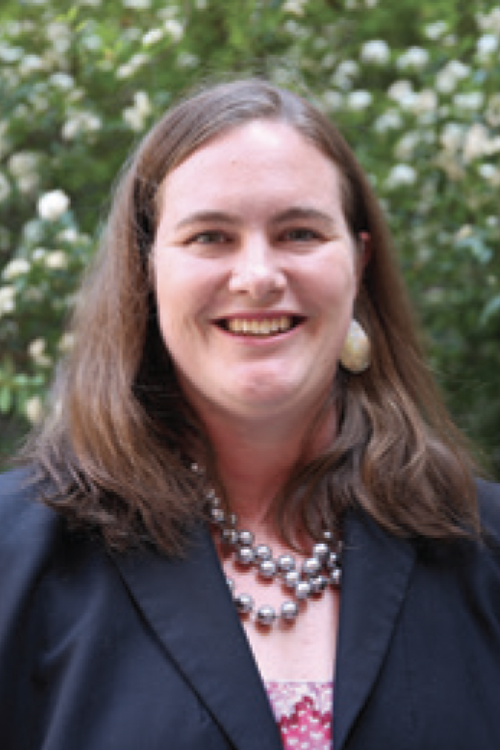 Alicia Batailles is an Associate Director of Florida State University’s Center for Undergraduate Research and Academic Engagement. She earned a BS in Biological Science from Florida State University and an MS in Marine and Atmospheric Sciences from Stony Brook University. Her research has taken her around the country investigating marine disease in Apalachicola Bay and the Atlantic Ocean as well as Reef Fish Ecology off the coast of Florida. Alicia is passionate about helping other students experience the excitement of participating in undergraduate research. 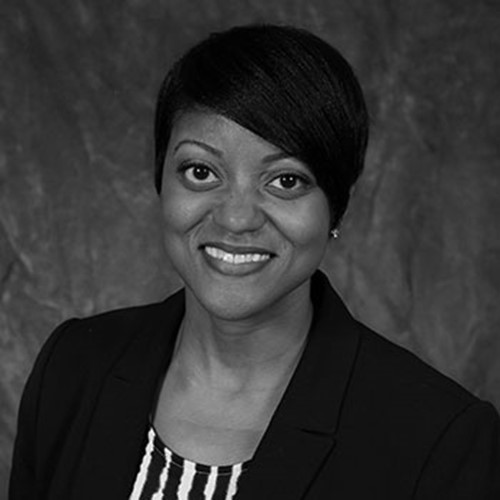 Dr. Tamara Bertrand Jones currently serves as an Associate Professor of Higher Education in the Department of Educational Leadership and Policy Studies at Florida State University. Her research examines the sociocultural influences on socialization during graduate education and the professional experiences of underrepresented populations, particularly Black women, in academia. Her previous work as an administrator and program evaluator also influence her other research interests in culturally responsive assessment and evaluation.