Combined Gas-Liquid Plasma and Bioreactor Remediation of Liquids and Gases

An increasing number of types and vast amounts of different complex organic compounds into the natural environment. Of these compounds, the emerging contaminants, those typically not regulated or routinely monitored by government agencies, include a wide range of pharmaceuticals and personal care products (PPCPs), and other compounds that cannot be degraded or removed in conventional drinking water and wastewater treatment processes. Many of these compounds can have adverse effects on the environment, animal, and human health (e.g., endocrine disruption), even at low concentrations. For example, widespread release of antibiotics has led to the evolution of antibiotic resistant bacteria which reduce our capability to manage infectious diseases. Such compounds are released into drinking water, ground water, and wastewater from hospitals, water treatment plants, and distributed sources such as septic field and edge agricultural runoff. Many of these compounds are not readily biodegradable, some are highly persistent in the environment, some may accumulate in the food chain, and some may degrade into more hazardous compounds causing further environmental and health issues. Approximately 700 emerging pollutants, including their metabolic and degradation products, are listed in Europe.

In order to solve these issues, this novel technology uses a mixture comprising liquid water, a gas and organic compounds, which are injected into a non-thermal gas-liquid plasma discharge reactor to generate a flowing liquid film region with a gas stream flowing alongside. A plasma discharge is propagated along the flowing liquid film region. During this process, water is
dissociated and reactive species such as hydroxyl radicals, hydrogen peroxide, and nitrogen oxides are formed. The organic compound reacts with the reactive species such as hydroxyl radicals and hydrogen peroxide present in the flowing liquid film region and in the flowing gas stream to produce organic compound dissociation products. Some of the organic compound dissociation products and nitrogen oxides are transferred to a bioreactor for further degradation. The nitrogen oxides are used as nutrients for bacteria in the bioreactor. The combination of the two reactors saves energy and time on the process of degrading the compounds, thereby cutting costs. Additionally, the increased efficiency of the system is far greater than the addition of the two individual reactors. 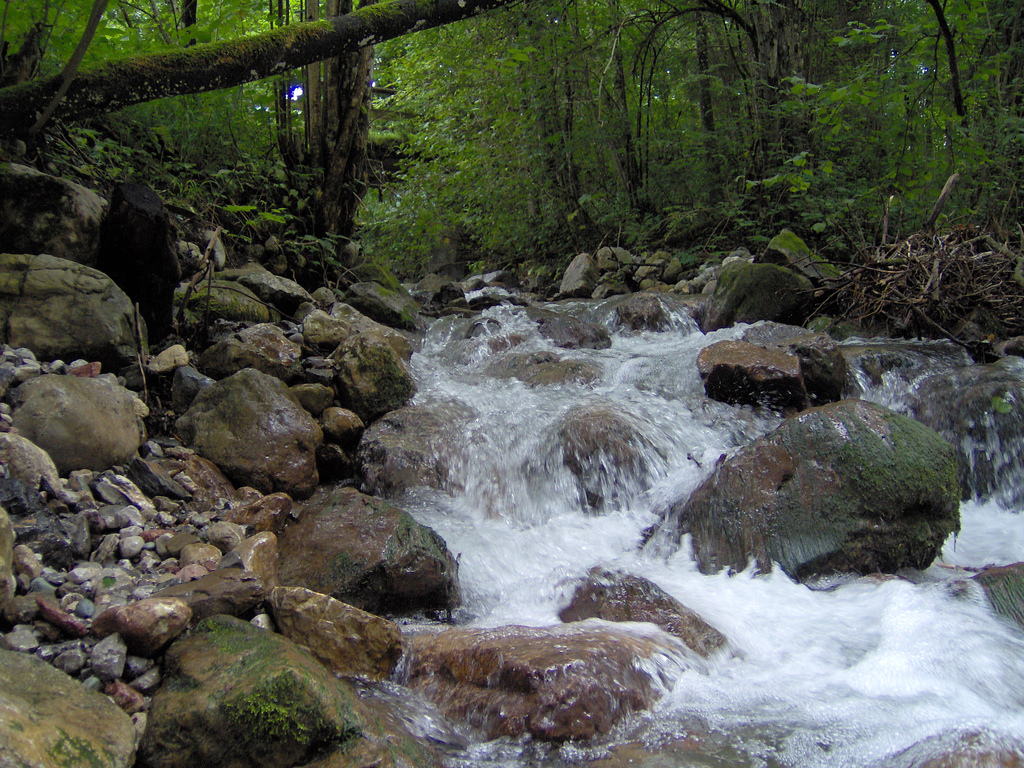