Florida State University has designed a new instrument which can for the first time measure and monitor the ocean surface circulation within an inch of the surface where specific processes occur (the Stokes Drift). These important processes have never been measured, yet they are responsible for the movement of oil spills and other pollutants (plastic patches, river outflows, and radioactive leaks), the transport of fish eggs and larvae vital to fish life cycles, and the prediction of the movement of red tides to the coast. Existing drifters measure at least 50cm long/deep and are incapable of isolating the circulation at the ocean surface or the effect of the Stokes Drift.

The drifters are disks about 6 inches in diameter and small enough to measure the effect of the smallest gravity waves. They are also very thin to isolate the effect of the Stokes Drift at the ocean surface. Powered by batteries and/or solar panels, an accelerometer activates the antennas in clear sight of the satellites at any time.

The drifters are about 20 percent buoyant so they are only partially immersed to allow for GPS reception and satellite data transmission while minimizing the wind drag. The drifters will transmit time, position and optional data stream via satellite at user programmable intervals.To ensure the drifters will not be affected by flipping from waves, they have GPS and satellite antennas on both sides.

View the real time drifter trajectories from our first experiment. 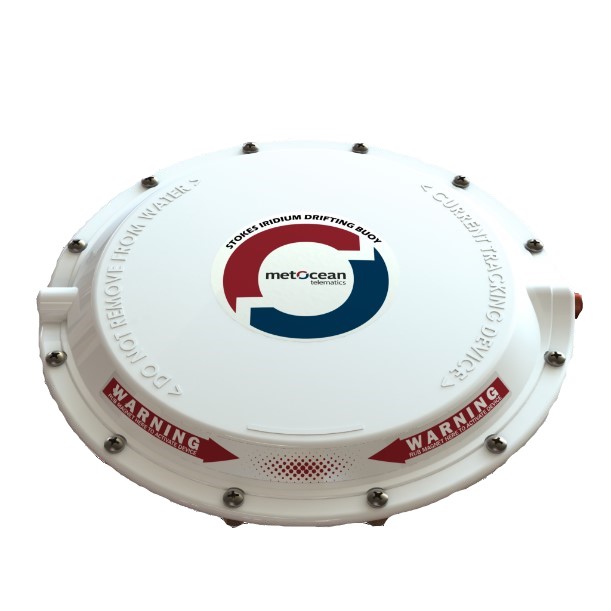