The Senate has approved, by a 68-32 vote, the U.S. Innovation and Competition Act of 2021 (USICA). The package, aimed at countering China's scientific and economic aspirations, includes the Endless Frontiers Act (EFA).

The EFA has been discussed and altered since first introduced last Congress. The latest version would establish a Directorate for Technology and Innovation at the National Science Foundation. The legislation authorizes $120 billion over five years largely for the NSF ($81 billion), Department of Energy ($16.9 billion), National Aeronautics and Space Administration ($10 billion), Department of Commerce regional technology hubs ($8 billion) and existing manufacturing programs ($3.6 billion). Within the NSF authorization is $52 billion for existing basic research functions and $29 billion for the new tech directorate. The new directorate will focus on 10 key technology areas that include artificial intelligence, advanced computing, robotics and automation, natural disaster prevention or mitigation, advanced communications, biotechnology, data storage and management, advanced energy, advanced materials science, and innovation methods.

The bill also contains provisions to promote research security, including new penalties for failure to disclose outside compensation.

A companion bill must pass the House and then be reconciled with the Senate prior to final votes and approval by President Biden. The House and president are expected to support some version of the Senate's bill.

What research groups are saying:

APLU Hails Passage of the U.S. Innovation and Competition Act

The President's Budget Request (PBR) for Fiscal Year 2022 was released on May 28th. The release of a PBR typically marks the official start of the annual appropriations process on Capitol Hill. The step usually takes place on the first Monday in February. However, the PBR is often delayed in presidential transition years to allow a new administration time to set its spending priorities. The administration released a budget outline or "skinny budget" back in April.

The FY22 PBR generally reflects the Biden administration's plan to boost federal R&D programs. Outside of DOD, significant increases are requested in the PBR for federal research agencies and programs -see below.

What research groups are saying:

On Wednesday, the Senate Committee on Commerce, Science, and Transportation approved legislation to create a Technology and Innovation Directorate within the National Science Foundation as well as provide billions in new funding to the agency. The bipartisan Endless Frontiers Act (EFA) was approved on a 24-4 vote and is expected to receive full consideration in the chamber by the end of the month. Significant changes were made to the legislation in recent days including a reduction of funding directed to the new technology directorate. The committee-approved version authorizes $81 billion for NSF for FY21-26, including $52 billion to existing basic research activities and $29 billion to the new directorate. Additionally, the bill authorizes $17 billion for the Department of Energy.

Yesterday, the House Research and Technology Subcommittee advanced its version of EFA, the NSF for the Future Act. The House bill authorizes $72.7 billion for NSF over the same period as EFA, with $59.5 billion to the existing basic research mission and $13.2 for a new Directorate for Science and Engineering Solutions. The House bill is also on track for consideration by the full chamber in the coming weeks.

FSU Federal Relations continues to work with the higher education community to engage the Florida delegation on the NSF bills.

Last night, President Biden used his first speech to a joint session of Congress to lay out an ambitious agenda intended to speed the nation's emergence from the COVID-19 pandemic and related economic ... Read More

A president's budget request for the coming fiscal year is typically released in early February and marks the beginning of the appropriations process on Capitol Hill. ... Read More

Autism Navigator, created by FSU faculty and staff with support from NIH, is featured in a new Science Coalition report that highlights the importance of federally funded research to U.S. economic growth. ... Read More

The FSU Office of Federal Relations will host a brief virtual update on Thursday, April 22nd at 11am EDT. ... Read More

Today, staff to the House leadership shared text of the next phase of COVID-19 financial relief. ... Read More

As the White House and leaders on the Hill continue to discuss the general contours of a next major phase (#5) of COVID-19 financial relief, the higher education community has put forward targets that ... Read More

House and Senate leaders continue offline debates over the size, scope and timing of a next phase of COVID-19 financial relief. ... Read More

In his first week in office, President Biden has signed more than 40 executive actions on a wide range of issues. Several of the orders have a direct impact on institutions of higher education and research. ... Read More

Today, the FSU Office of Federal Relations provided an update on initial and anticipated actions of the Biden Administration and 117th Congress. ... Read More

On Friday, the White House released best practices on research security that were gathered by its Joint Committee on the Research Environment. The report largely focuses on steps research institutions ... Read More

President-elect Biden will soon announce selection of Dr. Eric Lander to serve as his chief science advisor and head of the White House Office of Science and Technology Policy. ... Read More

The FSU Office of Federal Relations will host a virtual update on Friday, January 22nd at 10am. The one hour session will cover:Final FY21 Appropriations FiguresWays to Engage the FY22 Appropriations ... Read More

On Sunday, senators and representatives arrived on Capitol Hill to begin the work of the 117th Congress. With a Phase IV COVID-19 financial relief and final FY21 appropriations package signed into ... Read More 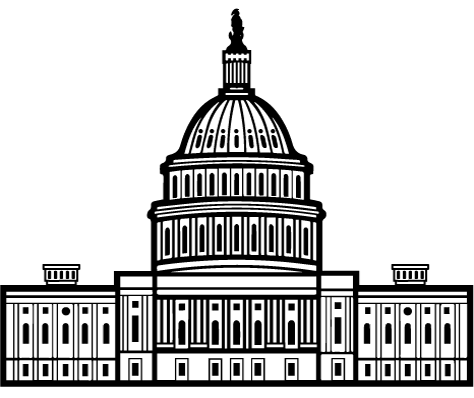