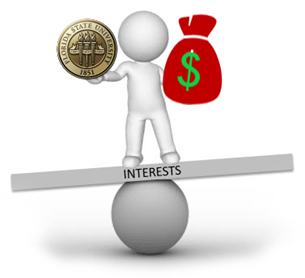 Conflicts of Interest (COI) in Research

What is a COI in Research?

The term “conflict of interest (COI) in research” refers to situations in which such interests may compromise—or have the appearance of compromising—a researcher’s professional judgment or objectivity such that the design, conduct or reporting of their research is directly and significantly affected. A COI depends on the situation, not on the actions or character of the researcher.

The University and its researchers have specific ethical and federal legal obligations to honor the rights and to protect the safety and well-being of human subjects in research. Researchers' financial, professional or other personal interests may compromise or appear to compromise these obligations as well as the integrity of their research. Accordingly, there is a strong presumption against permitting researchers with such interests to be involved in the design, conduct or reporting of research.

So that researchers do not have or appear to have a conflicts of interest that may compromise their professional judgment or objectivity, federal regulations and University policy 7A-21 require that researchers report their financial and other personal interests, including at the time that a human research study is submitted for IRB review or whenever such interests arise. When these interests are disclosed, a researcher's interest is reviewed by an independent (non-IRB) reviewer(s) and a determination may be made as to whether a COI exists and if so, how the COI needs to be managed (through a management plan) so as to mitigate the affect of such conflict upon a study's design, conduct or reporting. This may include, for human research, direct and specific disclosure to human subjects about such conflicts through the consent process; in this case, both the management plan and the disclosure to human subjects will be reviewed by the FSU IRB. The IRB has authority under federal law to approve, require modifications in (to secure approval), or disapprove human research activities that are subject to IRB review, including informed consent and research in which conflicts of interest are deemed to exist.

A researcher's application submitted in RAMP IRB will automatically cross-reference the University's Conflict Administration Management System (CAMS) to identify for IRB review purposes the status of COI disclosures for all members of study team listed on the researcher's RAMP IRB application. If a COI reviewer or COI committee determines and documents that the researcher or other study team has a conflict of interest, then direct and specific disclosure to human subjects about such interests IS REQUIRED. Such interests may include, for example:

A conflict of interest should be described for human subjects, depending upon the consent form template utilized, as follows: